“Why do we have to do this hike?”, complained my almost-eight-year-old son, his arms drooping by his sides.  We had been hiking for almost two hours, had just conquered a half-mile 500-foot elevation gain, and still faced another mile uphill before reaching the summit. 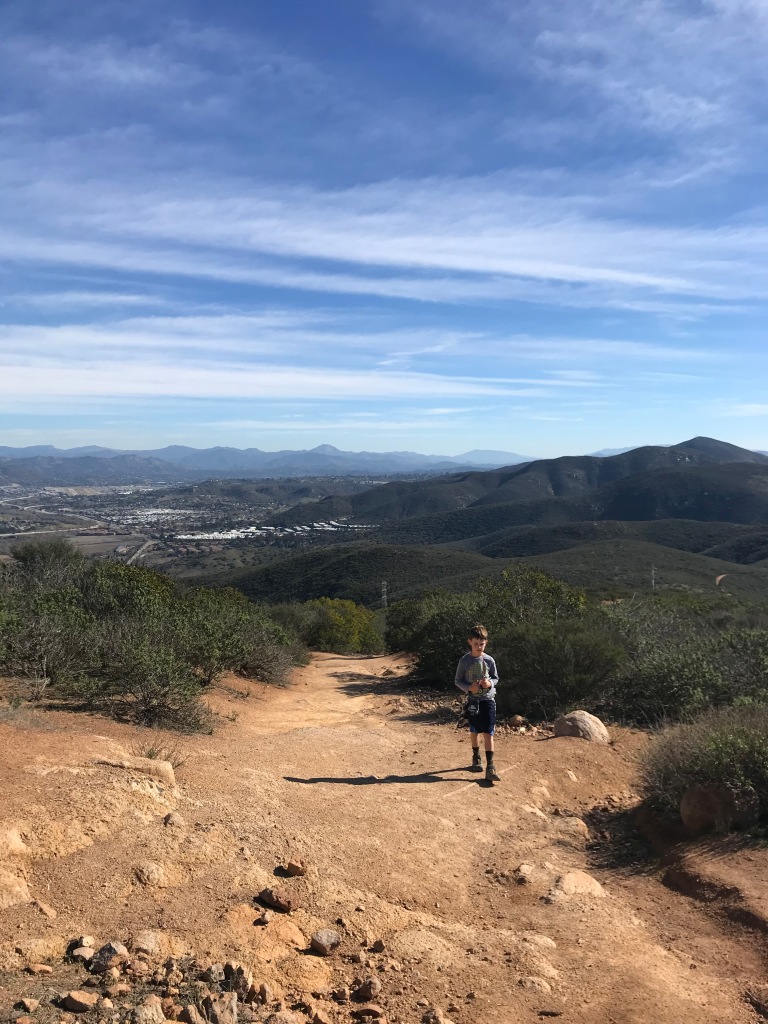 My husband, unable to stomach my son’s complaints, put our younger daughter in the carrier and charged up the hill.  I took a deep breath and silently asked myself, “Why do we make them hike?”

Walking beside my son at his maddeningly slow pace, I prayed for patience and a clear head. “One reason we hike is because we can; because we’ve been blessed with two strong legs and a healthy heart.  Not everyone can hike… Remember your friend J?  His heart isn’t strong enough to do what we’re doing, so we hike in honor of him and all others who can’t.”

I waited for his reaction, but he just kept shuffling along, so I continued.  “We also make you hike so you can learn that the stories you tell yourself in your head are just stories, and not reality.  You might be telling yourself ‘I can’t do it’ but the truth is that you can.”

“But the most important reason why we make you hike is because it’s hard, and we want you to know that you can do hard things.  You will face some hard times in your life – we all do – and doing hard things now will prepare you for later challenges.  Not every part of a journey is enjoyable.  Sometimes the messy middle sucks, and instead of backing away from it, you have to just ’embrace the suck’.”  He smiled.

I stopped and pointed out a trio of ravens that were performing acrobatics on a draft of warm air.  “Look,” I told him.  “We’re as high as the ravens.”  He perched on a rock and watched them quietly for a few minutes, until the ravens flew away, heading towards the summit we had as a goal. 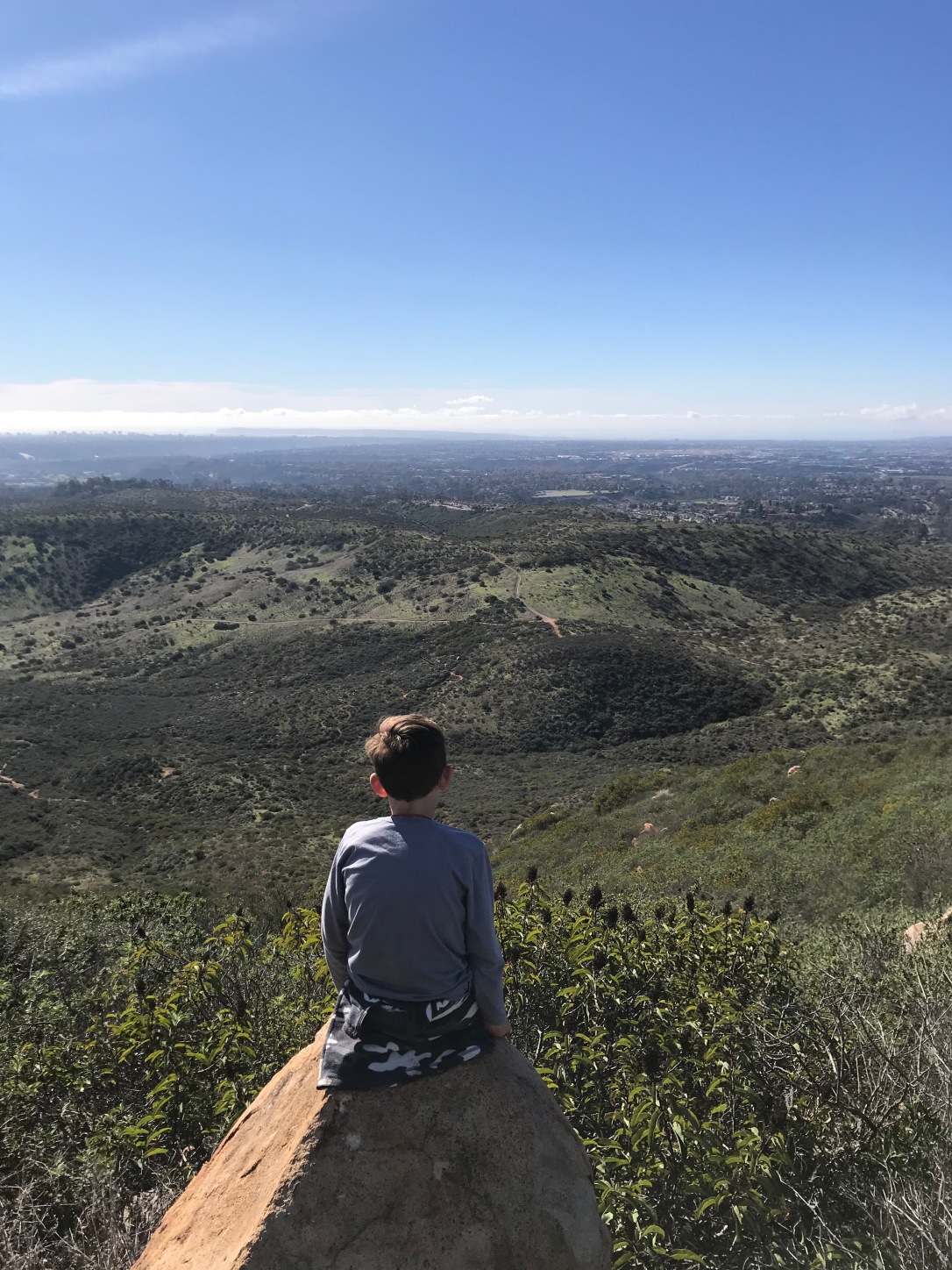 “Why did they fly away?” my son asked.

“Maybe they want us to follow, they’re encouraging us to make it to the summit.” 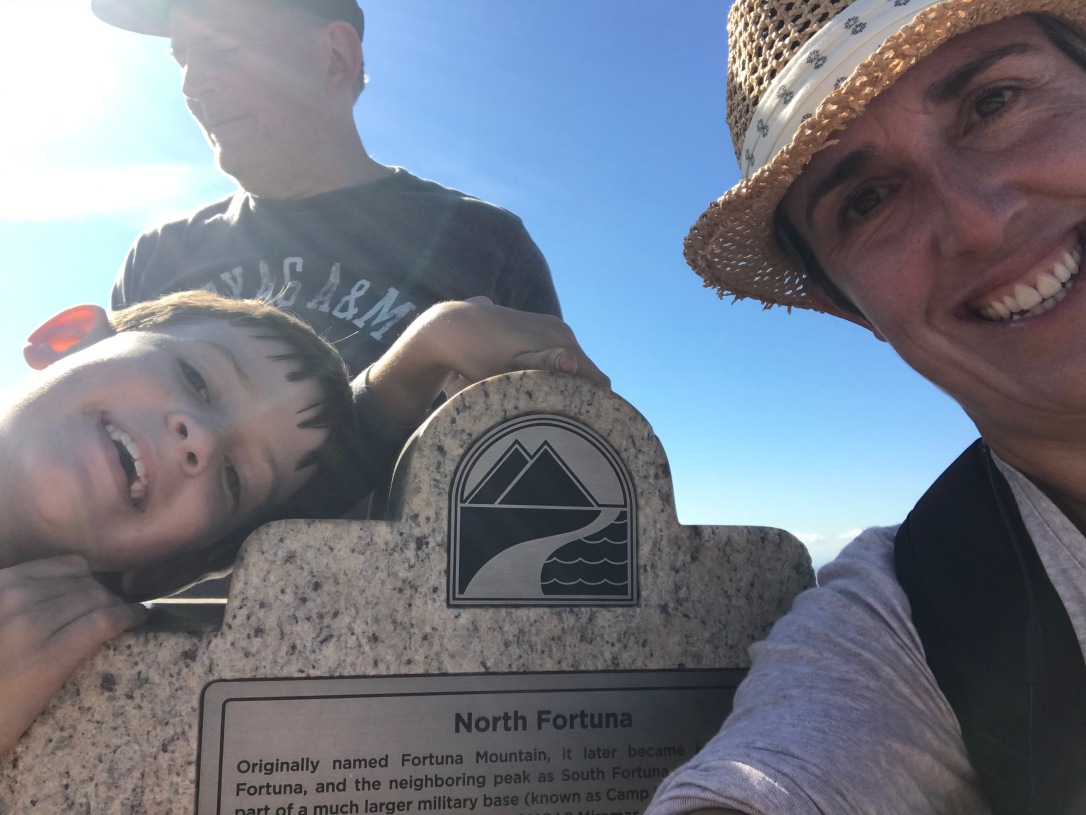 I set out on a cold Spring morning to comb the beach for sea glass.  Although I patiently scanned the pebbles beneath my feet, I wasn’t having much luck.  Out of the corner of my eye I saw a stronger-than-usual wave approaching the shore.  Not wanting to get my shoes wet, I turned and ran towards higher and dryer ground.  When I stopped and looked down, I found four pieces of sea glass within inches of my feet!  I laughed, picked them up, and said a silent “thank you” to the ocean. 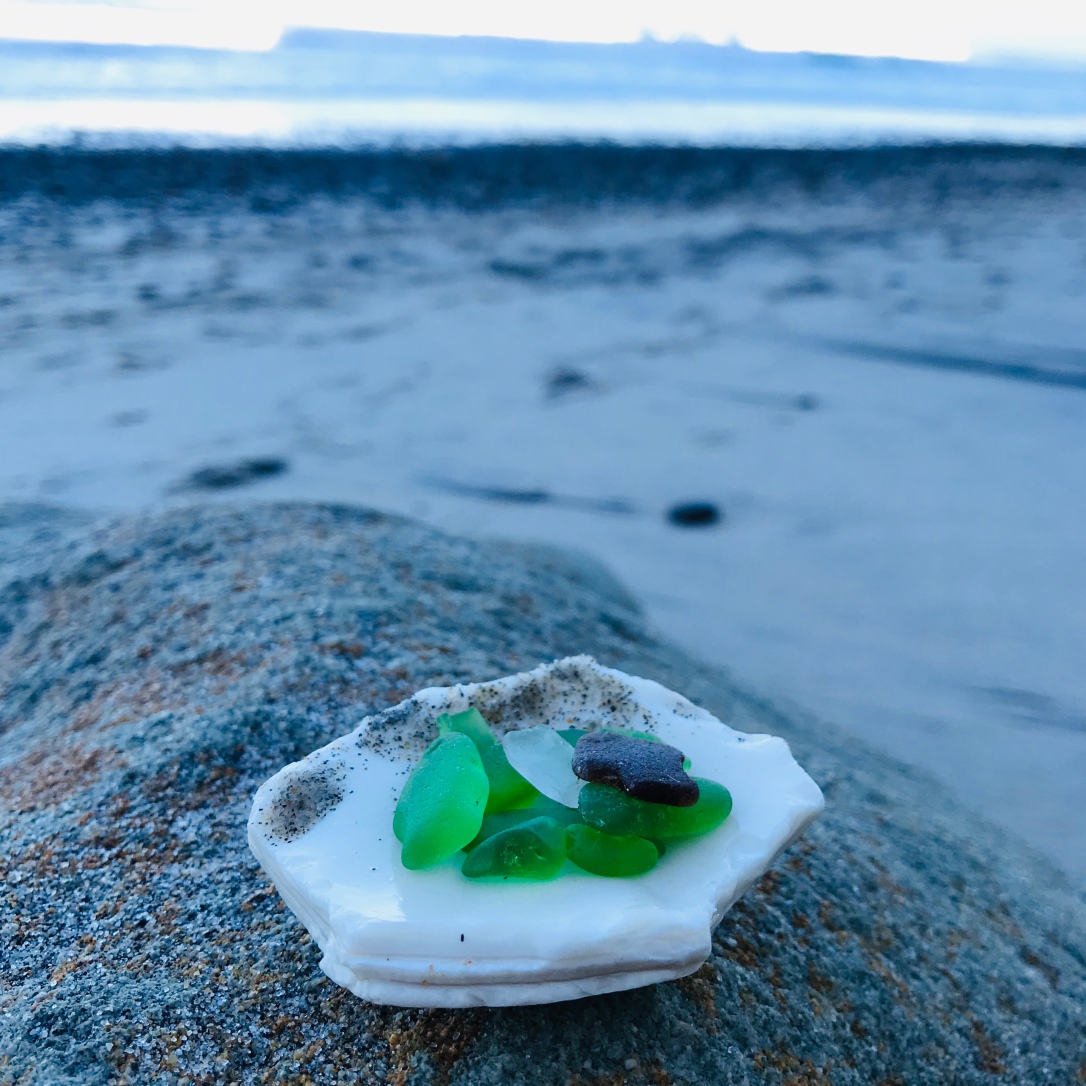 I wouldn’t have thought to walk on the higher part of the beach had it not been for the wave.  It struck me that sometimes the waves of life push us towards unfamiliar ground, and it’s only when we heed their message and move in a new direction that we can find the treasure we’d been searching for all along.

In what direction are the waves of life pushing you? 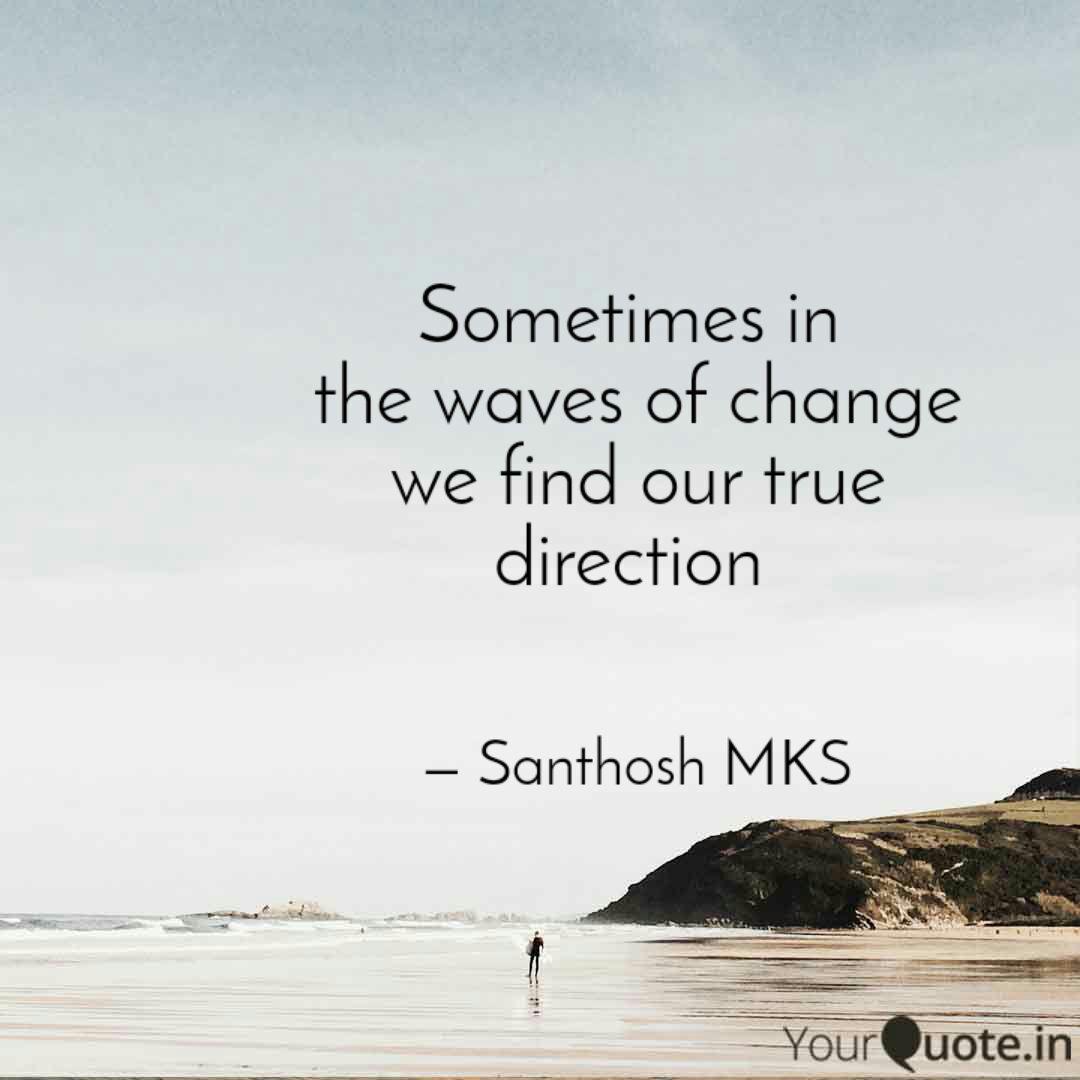 Get your feeds here!